Alternative Health –A New Look at an Old Way of Life

Alternative health options can include anything from natural herbs used to treat sunburns to using acupuncture for controlling excruciating pain.  It’s been around in one form or another for thousands of years and its beginnings are generally attributed to the Chinese.

Traditional Chinese medicine asserts that the human body and the environment are closely related and when the body’s rhythms are upset, treatment and ultimate prevention can come from the environment.

Herbs and other plants are widely used in Chinese medicine to bring balance back to the body.  Meditation, acupuncture and massage are used in conjunction with the mind and to bring harmony to the body.

These alternatives methods were initially thought to be “quackery,” but as scientific evidence surfaced to prove otherwise, the early ways of thinking had to be reconsidered.

That scientific evidence has been difficult to come by. The huge drug companies aren’t going to put costly research efforts into techniques that won’t bring in piles of money.

It wasn’t until the mid-1990s that funding for alternative medicine began to appear in academic circles.  Since then, it’s become a form of therapy and healing that’s widely accepted around the world.

Our internal organs are considered to be yin, while yang represents our external organs (such as our skin). The foods, including herbs that we eat, contain universal elements that help to stabilize our bodies.

If we eat the correct combination of yin and yang foods, our bodies will be in balance.  Most illnesses are the result of us not eating the proper foods and not exercising and resting our bodies and minds.

If you eat an excess of either yin or yang foods, even though they’re “good” for you, your balance will be disrupted and illnesses or aches and pains may occur.  Besides eating the proper foods to balance our bodies, Eastern culture developed exercises such as Tai Chi.

Tai Chi is an exercise in which you move slowly to promote balance and equilibrium. Both this exercise and others, such as yoga, also advances increased blood flow.

Western medicine has been slow in accepting Chinese and other alternative methods of healing and disease prevention, but most physicians educated in the west are now combining the techniques they learned in medical school with some of the known benefits of alternative medicine.

Dr. Mehmet Oz, a prominent surgeon frequently seen on the popular Oprah Winfrey Show, recently said that he uses the Eastern methods of reflexology and massage on each of his patients that undergo surgery.

Dr. Oz said that he’s found the healing process after surgery to be accelerated when using these techniques.  He’s certainly not the only one to embrace this valuable way of thinking as more surgeons look to therapies such as Reiki to help their patients heal.

Reiki, an Asian energy therapy, is said to help put the body back into balance after a serious illness or surgery. This tradition requires a therapist who is trained on how to touch 12 to 15 points on the body to help relieve pain and stress associated with an illness or surgery.

Chinese research has recently said that combining Western and Eastern medical techniques was a good thing for both the patient and medical research in general. For example, research shows that a combination of Chinese herbs and radiation therapy for cancer patients can greatly reduce the number of tumors and enhance the immune system while receiving radiation.

Also contained in the Chinese research reports was proof that acupuncture does affect the central nervous system by releasing endorphins (pleasure hormones) from the brain and other areas of the body.

These hormones are known to promote the health of the organs in our bodies.  The simple act of daily meditation can promote immune system defense cells such as T-Cells that kill harmful viruses.

Critics claim that many Chinese therapies (such as meditation) are the result of the placebo effect, but little by little, new findings from both Western and Eastern sources are proving them wrong.

Now, more physicians are combining traditional Chinese medicine and other alternative methods with Western medicine techniques to help their patients. It’s believed that over one-third of Americans use some type of alternative medicine practice to complement conventional medical practices.

Studies and research are happening every day that justify taking a much closer look at alternative methods for health care.  You can tune into the news daily to learn of yet another positive aspect to using alternative health therapies to promote and maintain your health.

What Complementary and Alternative Medicine (CAM) Can Do For You

Complementary and alternative medicine is the combined use of medical practices and products that aren’t a part of conventional medicine. Many are using the CAM approach in hopes that they can prevent disease and live a more enhanced quality of life.

A complementary and alternative approach to your health can help you get in touch with your personal power and become the best person you can be, both in mind and body.

If you’re hurting physically or not mentally alert, life can begin to pass you by and you may find yourself in the proverbial rut.  The ancient findings of Eastern medicine, combined with our modern technology, can lead the way back to physical fitness and mental alertness.

Some types of healing therapies and treatments that you might want to consider are:

Until a few years ago, little information could be found on this growing healthcare field. Now, an astounding amount of alternative medicine books have been written and are continuing to appear in book stores all over the world.

A simple search on the Internet will also reveal scientific studies as well as informative articles about alternative health care and what it can do for you.

Another reason that alternative methods of treating illnesses are becoming so popular, especially among Westerners, is the high cost of traditional medical care. Everyone is talking about it, but no one seems to know the answer to how we can treat thousands of people without health insurance.

Health care costs are simply too steep for small businesses to offer their employees – and even more comprehensive healthcare plans that some large companies offer are inadequate.

In the United States, those in need of prescription medications are crossing the borders of Canada and Mexico, where drug costs are markedly lower.  As the benefits and lower costs of alternative medicine become better known throughout the world, more people will begin to try the methods in their daily life to maintain balance and will seek out alternative healthcare providers who believe in its benefits.

When a teaching hospital such as this begins to allow alternative therapies to coincide with their traditional western theories, others tend to jump on the bandwagon and create their own balance of West and East.

Most physicians today agree that alternative techniques such as yoga, massage and reflexology play a vital role in our daily lives to keep our health on track.  In general, the Chinese believe that a combination of Western and Eastern remedies to treat chronic diseases, like cancer – but few Westerners have given that theory a chance.

It’s also important to realize that the Western healthcare system treats many people who may not be as open to the Eastern way of thinking about healthcare options. The very words, “alternative medicine,” conjure up witchcraft and religious connotations that many find distasteful and downright scary.

In time, and with help from both Chinese and American understanding, each can benefit from cross-cultural communication and can take the confidence level of the people to a higher plane.

The bottom line in healthcare is that we need to provide the best treatment or therapy for the patient, and as we cross cultural lines and begin to understand the philosophical framework of Western and Eastern medical practices, we’ll bring new and better methods of treatment to the world.

Self-care and self-regulation are vital components of achieving and sustaining relaxation. Stress can be a worthy adversary. When the flow of your life is disrupted it can be challenging to maintain a semblance of sanity. In such times, a plan for relaxation can seem improbable or even impossible. But actually, you simply need the proper tools to navigate life’s problems.

At times it is necessary to take extra measures and to learn techniques that can help you relax your mind and body. One such technique is autogenic training. This relaxation technique does not require any special equipment and promises to do great things for you. Below are a few things you should know to get the most of this journey.

What Is Autogenic Training?

German psychiatrist Johannes Heinrich Schultz introduced autogenic training in the 1920s and 1930s. Autogenic relaxation is the progressive relaxation of our extremities, the stabilization of our heart rate, and the purposeful slowing and deepening of breathing.

It entails self-statements about warmth and/or heaviness within various parts of the body. The process has a positive effect on the autonomic nervous system.

Simply stated, you can think of autogenic training as a form of self-hypnosis that contains six mental exercises that generate sensations in your body.

What Does Autogenic Relaxation Help?

Autogenic relaxation techniques, also known as autogenic training, are useful in the management of various physical, mental and emotional issues.

According to Anxiety.org research shows that autogenic relaxation techniques may help in managing the following conditions:

How Often Should I Perform Autogenic Training?

Experts recommend that unless you practice autogenic relaxation for a minimum of one time per day for the course of three to six months, you will not gain the benefits of this method of relaxation.

What Happens During an Autogenic Training Session?

In an autogenic training session, you will not spend a lot of time talking with your therapist. For fifteen minutes a day over a period of three months you will practice a number of different exercises.

During autogenic relaxation, you start by lying or sitting in a comfortable position. Your therapist or facilitator coaches you to concentrate on various parts of your body while simultaneously managing your breathing patterns. As you do this, you also visualize images or scenery that supports relaxation.

As you move through various stages of autogenic training, you will focus on the following six items:

A series of verbal statements may accompany these practices to reinforce the physical vibrations you are experiencing.

In summary, autogenic training is an effective and powerful therapy that can be useful in treating a variety of physical and mental conditions. For autogenic relaxation to be effective, you must be in training for a minimum of fifteen minutes a day consistently for three to six months.

It will take a minimum of three months to become proficient in the techniques. If you are not sure of whether or not this form of relaxation therapy is the best approach for you, talk with a trainer who can answer the questions you have. 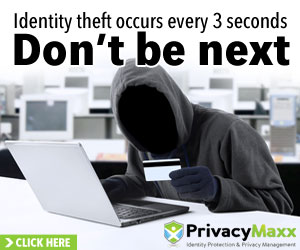